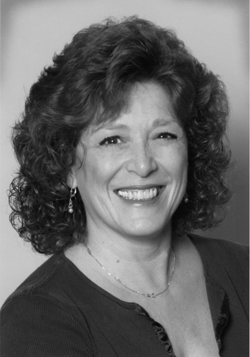 Delphine began her professional performing career with an apprenticeship in the Joffrey Ballet Company, after which she became a member of the Joffrey II Company and Ballet Repertory of New York. She then moved to Philadelphia where she joined Pennsylvania Ballet and Sybil Modern Dance Company. During her teaching career, she has been a member of the Temple University Dance Department and the Philadelphia High School for the Creative and Performing Arts. She has been awarded The Monticello College Foundation Fellowship for outstanding choreography, as well as a Choreographic Fellowship from the Pennsylvania Council on the Arts. 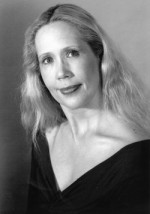 Stephanie Mumbauer received her training in classical ballet from Edmund Novak and Irina Kovalska, former soloists of The Ballet Russe de Monte Carlo. As Associate Director of The Dance Institute, and member of the faculty since 1987 , she developed the curriculum for beginner through intermediate students and continues to oversee their instruction at the Pennsylvania Dance Institute. Through her involvement with Dance Del Bello, Ms. Mumbauer has had the opportunity to perform with the Company as well as rehearse and choreograph for the students of The Dance Institute in productions which include A Christmas Carol, Cinderella, Swan Lake, The Sleeping Beauty, Beauty and the Beast, and Coppelia. 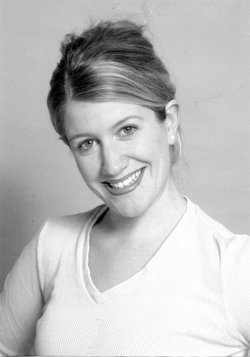 Tara George: Children’s Dance Coordinator, Children’s Ballet
Tara began her dance training at The Dance Institute with Delphine Del Bello Spencer and David Kloss. Upon graduation, she attended Slippery Rock University where she studied under Nola Nolen and Ursula Payne. She performed with a group formed by Nicole Doran for the Independent Choreographer’s Exchange in Philadelphia, and continued to guest with Dance Del Bello. As the Children’s Ballet Mistress for several recent spring productions, Tara choreographed various sections in “The Sleeping Beauty,” “Cinderella,” and “Coppelia.” She has been instructing students, focusing on Young Children’s Dance, for the past several years. 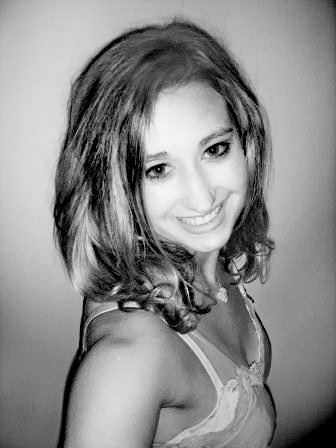 Sarah Brower:  Ballet
Sarah began her training at the Pennsylvania Dance Institute and also studied at Philadelphia area schools including The Pennsylvania Academy of Ballet Society. In 2003, she attended the Pennsylvania Governor’s School for the Arts summer program.  Sarah is currently a company member of Dance Del Bello. Since joining Dance Del Bello, she has performed both classical and original choreography in A Christmas Carol, A Midsummer Night’s Dream, Gabrielle Concertante, Minor Stops Along The Journey (a work in progress), The Sleeping Beauty, Beauty and the Beast, Limitless Path, Coppelia, and Cinderella. She was the 2004-2007 recipient of the Baker Endowment for the Arts.  While at De Sales University, she had the opportunity to study with Trinette Singleton of the Joffrey Ballet as well as numerous renowned instructors.  Sarah performed in Gerald Arpino’s Viva! Vivaldi! with the DeSales University Dance Ensemble under the privilege of the Joffrey Ballet and the direction of Ms. Singleton. Sarah had the opportunity to participate in the Doug Varone Residency at De Sales University and the reconstruction and performance of Clay Taliaferro’s Falling Off the Back Porch. Sarah also danced with Repertory Dance Theatre in their production of The Nutcracker and with the DeSales Touring Company for a season. 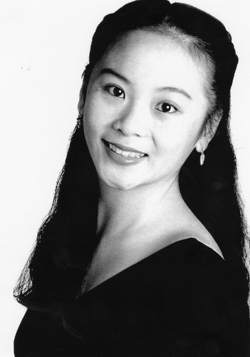 Fang Ju Chou Gant
Fang-Ju, born and raised in Taiwan, came to the United States to further her study of dance. She earned an Associate Degree of Dance in Australia from Queensland University of Technology, Academy of the Arts/Dance, and received her BFA in Dance Education from The University of the Arts. Fang-Ju is trained in a wide range of dance styles and stagecraft. She has also taught ballet for many years throughout the Philadelphia area. Fang-Ju has been dancing with the Koresh Dance Company since 1998. Her past performances with DDB include “A Christmas Carol,” “The Sleeping Beauty” and “Beauty and the Beast.” 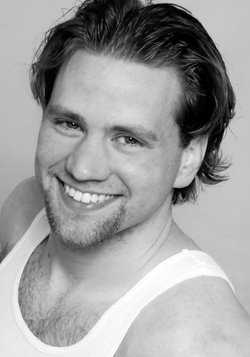 Thomas Gant, Jr.
Thomas is a graduate of the Southern New Jersey Academy of the Performing Arts under the direction of David Kloss. He received a full scholarship to attend the Joffrey Ballet Trainee Program. He also studied with Ronen Koresh and Melissa Rector of Koresh Dance Company, as well as Delphine Del Bello, David Kloss, Nancy Page, and Christopher Fleming, among others. Gant works as a freelance artist balancing dancing, teaching and choreography. He has danced with Opus One Contemporary Dance Co. and Brandywine Ballet Theatre, as well as Ballet Fleming. Gant has been appointed regisseur of David Kloss’ repertoire for Dance Del Bello.

Cheryl Pento:  Adult Ballet, Adult Modern, Adult Jazz
Cheryl Pento was a full tuition scholar at Temple University where she received her B.A. She then continued her education at the University of Madrid and the University of the Arts. Cheryl is a former principal dancer and soloist with the Gary Flannery Dance Ensemble. She is trained in ballet, modern and jazz. Since her emergence into the Philadelphia Professional Dance Theater, her choreography has been showcased at the Drake, Temple, Kumquat, and C.E.C theaters. She was a recipient of a Choreolab Grant with Martha Myers, Dean of the American Dance Festival. Her company, Bina Kachine, Dance! was showcased in Philadelphia Dance 2000 Feet, International Dance Festival. Cheryl has been graciously helped through her choreography process by her mentors Joan Myers Brown (Philadanco), Pat Thomas Igram (Howard University), and Susan Duetch (Temple University). She has helped to place her dance students in scholarships at Temple, Philadelphia College of the Performing Arts, and Philadanco’s dance program.